On June 30, 2021, Martha Sanders Andreas passed away peacefully in the care of loved ones at her home in Colchester, Vermont. Born Martha Lou Sanders of Medina, Tennessee, she was the daughter of two sharecroppers and had 6 siblings. She pursued a career in academia and in literature. She married James Robert Andreas, a professor of English Literature. Together they lived in several different regions across the United States and also lived in Paris, France as well as London, England. In 2002 her Husband James passed away near their home in Miami Beach, Florida. Martha moved to Vermont shortly thereafter. She helped those in her life discover literature, music, and the arts. Although practiced in religious disciplines, she considered herself to be a secular humanist, valuing empathy and human rights above all things. She battled breast cancer for the last three years of her life. An avid bird enthusiast, she left this world next to her favorite bird watching window comforted by her daughter-in-law Danielle Pecor, her son Franky Andreas, and her dog and cat Elle and Chauncey. Donations in Martha’s name can be made to the Young Writer’s Project:

Long periods of inactivity are unfortunately just a part of my life and career. We all have lives and obligations that take precedent over our pursuits.

For the last few months I’ve been dealing with the inevitable passing of my mother, which happened a few nights ago.

Not long ago I was settling into a new job as a lessons administrator at a guitar shop servicing the greater East LA area.

When I found out my mother’s cancer had metastasized, my partner Danielle and I fast-tracked an exhausting and dizzying move to Vermont to help my mother.

In this time we lost touch with my mother, regained contact, arrived in Vermont and took her home from the hospital. The weeks that followed were among the most difficult of my life. I have a lot of experience with death, loss, grief, even suicide. But being there for my mother as she passed away during home hospice is the hardest thing I’ve ever done.

My mother was so tired of doctors and nurses that she asked that my partner and I attend to all her care ourselves.

Danielle was incredible throughout the whole thing. Her understanding of how to manage medications, assist an immobile person, communicate with the non-verbal, and her sheer vigilance was devastating and touching.

My mother was a literary scholar, a humorist, an animal lover, a secular humanist, an empathetic soul with a generous kind heart. She was also a far greater mother than I deserved.

I’m reposting the song that my mother and I collaborated on approximately 6 months ago.

I’m getting back to work this week. Now I live in Vermont again, I’ll be teaching guitar and working at Randolin Instruments in downtown Burlington, Vermont. You can use my regular contact to book lessons.

To any charitable person who wishes to make a donation in my mother’s name, I’ve decided that the Young Writer’s Project is a suitable non-profit.

Lick of the day! Like and subscribe for more licks all the time! Guitarists love licks! #guitartok #guitar #shred #shredder #gnarly #guitarlesson

This is a different Brave the Vertigo session featuring original Drummer Mikey Costello. Like a lot of my material, it’s gone unreleased for a decade.

I’m frankly never going to be much of an Oudist. However I’ll always be enamored of this ancient instrument and enthralled by it’s influence on modern guitar.

I, along with members of Brave the Vertigo, began writing and rehearsing material for the as of yet unreleased Subsocial in 2012. The difficulties of the last 5 years have made it apparent that I’m not going to complete the album “soon”.

Even if I could, when we factor how the pandemic has left us with such incredible tragedies, stressors, and coming societal/financial hardships – we know there’s no reason to start “planning the CD release bash”.

However. It’s VERY important to me and some other members of the band that the material gets released in some way shape or form. So I’ll be publishing in installments, small increments, incomplete tracks at times, incorrect tracks at others. It will all go in the same playlist, I’ll leave all the previous versions of the songs up as the playlist grows. It’s a posterity thing.

The first installment is an instrumental version of “Randian” from “Subsocial”. Eventually all tracks are *intended* to have vocals. But everything will move slow.

I wanted the first song posted to reflect how hard we worked, and it’s certainly not perfect but the current state of Randian indeed reflects that effort.
This track features me on Guitars and Bass, and Erik Tidman on Drums. The Drums were engineered by Urian Hackney.

In particular I want to acknowledge the incredible work Erik did on the drums. I didn’t want to release any version of Randian that didn’t convey that, and I certainly hope this does.

I recently collaborated with my mother Martha Andreas on an Alt Country song, West of Maine.

If you like it please consider sending her a paypal tip: 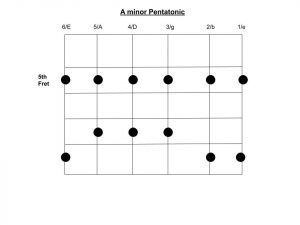 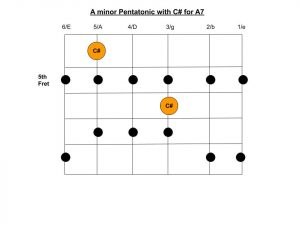 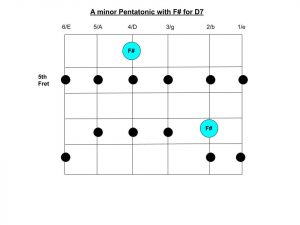 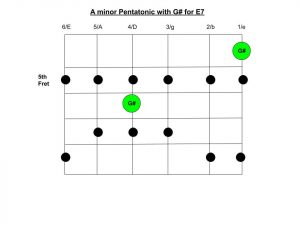